My Fence Friend by Kim Bond 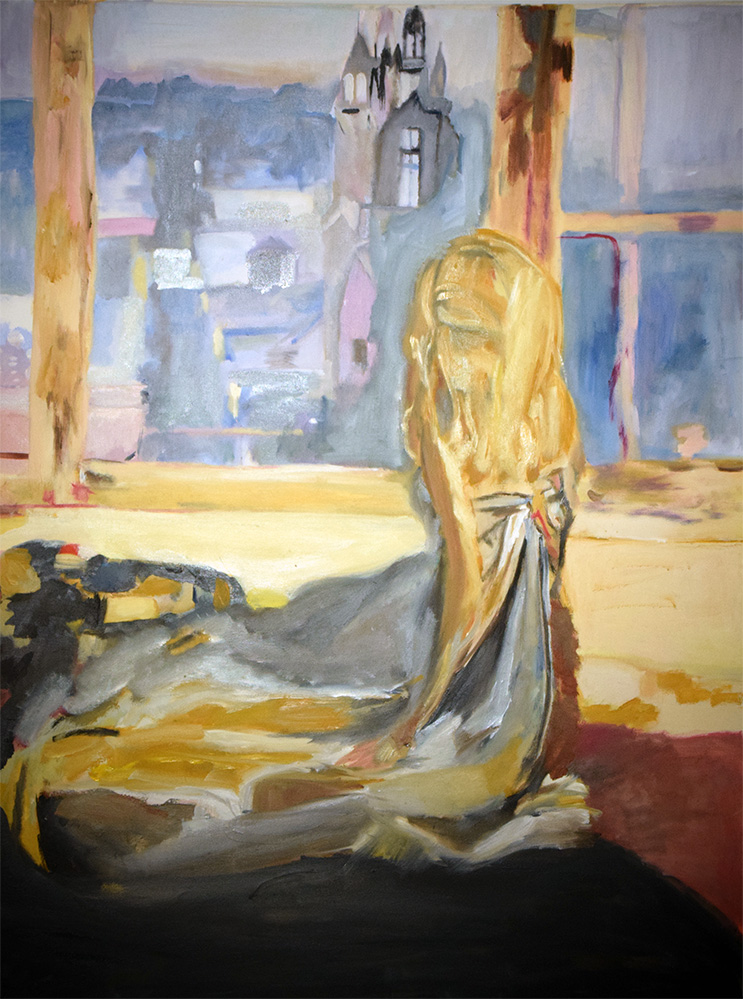 I had a friend that lived inside my wooden privacy fence. The image of her face emerged in the grains of wood.

I was sitting outside in a lawn chair listening to the bird’s chirp when I first noticed her long, sad eyes staring at me. She had a pointy chin and a straight mouth with a cigarette hanging out of it.

I did not mind that she smoked; I smoke. So, we sat outside together for hours on end, smoking, and sipping dark blended coffee with rich real cream.

She never said much. I suppose it was because of her silence that I spoke such a great deal.

My conversation would start with something mundane, then every last thought that ever occurred to me would seep right out of my brain and pour into her ear.

No matter how intense or private the information I shared, she would only reply with an occasional “Mmhmm” or “Me too.” Her expression never changed either. Always the same sad “nearly tortured” eyes staring back at me.

Then one day, I got on the subject of smoking, and she finally began to converse with me.

“I’ll never quit,” she said. After a deep puff of of her cigarette, she removed it from her mouth and continued, “I would cease eating before I stopped smoking. I will be a smoker until the day I die. But to spite them all, I will not die for a long time. Either that or I will die of some- thing completely unassociated with smoking. Like a shark attack or something.”

I turned my head and smirked. “You cannot control how or when you will die. Besides, how could you possibly die of a shark attack? You live in a fence, and it is not a beachside fence either. This fence is as far from one coast as it is from the other.”

My friend shrugged her shoulders. Then, she returned to her normal quiet state again.

The matter did not distress me much until the day I walked outside to enjoy a cigarette and sip dark blended coffee with real rich cream alongside my friend.

Only, she was not there.

In the grains of the wood—the very planks where she had always been, I saw a shark’s outline. Instead of her pointed chin was a pointed tail. In place of her sad eyes, I saw a gill. The cigarette was gone, and there was a fin. I knew the shark ate her the moment I saw that smirk on his sly face.

Thus, the friendship with my companion who lived inside my wooden privacy fence ended before I truly got to know her likes and dislikes or her views and opinions. I do take solace in the idea that much of her essence was revealed to me through her long, sad eyes.

Although my own eyes have grown a little sadder, I still sit outside to smoke and listen as the bird’s chirp.