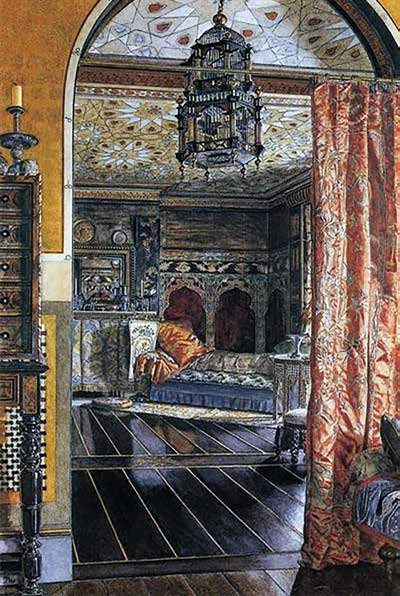 The traffic's roar hushed as at the stroke of ten he entered Victoria station. Up in the roof pigeons cooed unseen amongst iron columns.

At the florist's stall Bader saw her red hat bob behind carnations. Her green eyes peeked between blooms. Scent of roses locked the memory of her smile.

“My name's Bakura,” she said, “Arabic for ripe fruit.”

They talked of trains, of boats and planes, of her long journey.

“I have to visit my grandmother,” he said, “it isn't far.” Hand in hand they went.

Downstairs she drank milk from the bottle. She wiped the ring of milk from her mouth, tore and ate hunks of white bread spread with yellow butter.

When he found her she kissed him with greasy lips. Her fingers snaked in his hair, found his flesh, pulled at his clothes, his shirt, his zip. Her touch released him. She chuckled. Open mouthed he watched her bobbing red hat.

As if far off he heard her voice admonish,